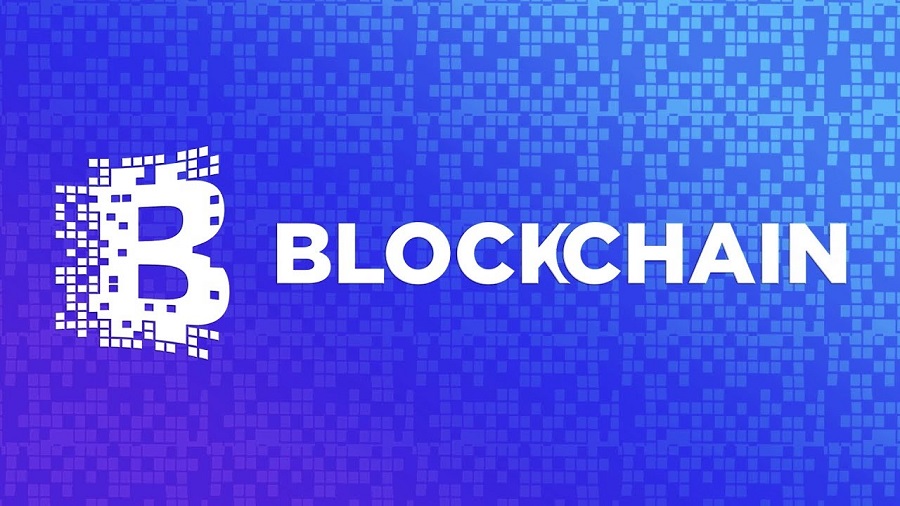 Many of the world’s largest financial institutions are keenly exploring blockchain technology - a type of distributed ledger (a decentralised transaction-database managed by multiple peers) where transactions are cryptographically verified, recorded and securely maintained. They are either integrating it into their processes or using applications built on blockchain frameworks. By implementing blockchain in trade, institutions are changing the way they interact with financial markets.

Reports reveal that 91% major banks had invested in blockchain technology by 2018 and as per World Economic Forum estimates, 10 percent of global GDP will be stored on the blockchain as early as 2027. The technology has profound implications for the global economy as a whole.

Blockchain is a disruptive and game-changing technology with the capacity to redesign and recreate the way existing financial markets operate. The technology can be deployed to streamline the structure of financial markets by removing redundancies and to confer infallible trust on trade processes. Its implementation leads to a reduction in transaction costs and processing time from matching to post-trade settlement. Through a single, transparent ownership record of assets within the supply chain, blockchain exterminates fraud and facilitates collaboration across various industries. It also snuffs out human error through process-automation and can potentially augment the value of output of enterprises.

BNY Mellon, JP Morgan, Goldman Sachs, IMF, World Bank and the Nasdaq Stock Market are just a few of many financial institutions unlocking the tremendous potential of blockchain in the financial services sector. Transacting via blockchain is unearthing a myriad of new possibilities for market participants.

Decentralised finance (DeFi) is a nascent type of fin-tech used to deliver financial services using blockchain. Not only is it transforming financial markets, but it is also optimising the internal processes of the enterprises that leverage it.

Decentralized finance eliminates the red tape associated with centralized finance models by allowing commodity market participants to conduct financial transactions on peer-to-peer financial networks; it removes the control banks and institutions have on financial products. A distributed database belongs to everybody on the chain and is globally accessible in real time.

Blockchains are referred to as trustless networks because they minimize the very requirement for trust through consensus protocols - transactions are verified by thousands of nodes (users) and securely maintained within an immutable ledger. Trust is imparted through a system characterised by game-theoretical incentives, cryptography and equilateral dispersion of knowledge, enabling users to engage in business deals they would otherwise avoid, or which would otherwise require an intermediary. Trading using blockchain revises who can trade, how trade is conducted and even what is traded. The decentralised nature of blockchain facilitates superior security vis-a-vis other systems.

Increasing efficiency of market operations through the automation of various processes is the central premise for utilising blockchain in commodity exchanges.

For institutions, making use of blockchain in finance assures substantial economic benefits including reduction in transaction, compliance, and infrastructure costs. Costs are significantly trimmed through the removal of brokerage fees and time is saved by virtue of obviating paper-heavy verifications like processing letters of credit as well as the conduction of multiple rounds of cross-system reconciliation. A common aggregated digital ledger replaces multiple processes involved in transaction-settlement. Thus, blockchain can handle transactions significantly faster than conventional methods. Further, since the transfer of physical assets can be tracked in real-time through verifiable oracles, the need for physical bills of delivery, bills of lading and inspection receipts is negated. Smart contracts make the issuance of equities and bonds far more efficient and charge a minimal commission. Using of cryptocurrencies eases the hassle of dealing with heterogeneous currencies and currency-exchanges, making cross-border payments markedly more efficient.

According to Accenture, blockchain technology could help the world’s largest investment banks cut their infrastructure costs by between $8 to $12 billion a year by 2025 and reduce expenditure on compliance by 30%-50%. Post-trade processing costs are reduced by up to 40 percent. Expenses related to central financial reporting are reduced by up to 70%.

Time is money; the application of blockchain technology in commodity exchanges reduces transaction confirmation time and provides for near real-time settlement, reporting and audit by way of smart contracts. A Smart contract is a software which executes a transaction upon being triggered because of specific preset events occurring, a cutting-edge game-changer in financial markets. The progress of fulfillment of contract terms at each stage is updated on the ledger instantly, reducing the effort and time spent on monitoring the delivery of goods. When contract terms are executed via smart contracts, superfluous transaction fees are abolished and correspondent banks are made redundant. In effect, blockchain expunges the need for depositories and clearing houses as well.

The supply chain in trade lacks transparency due to the absence of accurate asset tracking, allowing scope for fraud. Blockchain ensures transparency through traceability of commodities and equilateral sharing of knowledge. Transaction data is jointly stored on chained blocks with unique identifiers (cryptographic hashes). Supply chain participants are guaranteed authenticity of products by being able to track their digitally signed consignments. Data integrity is preserved through a time-stamped, tamper-proof database. Provenance of digital assets is documented at every step of the journey using a single source of truth (SSOT). This enables members to view the entire history of a transaction and essentially eliminates the incidence of fraud. An indisputable ledger also provides for straightforward dispute resolution, should the need for it arise. Thus, blockchain creates unparalleled trust in traded asset(s).

While the supply chain demands transparency, users often require a degree of confidentiality. Blockchain ensures no trade-off between the two. To safeguard users’ privacy, the ledger stores encrypted blocks of transactional data without exposing personal details of the parties involved. Transactions are confidential and anonymous - the buyer indicates only the number of his crypto wallet.

Data duplication is prevented in the same manner.

Traditional commodity markets are characterized by high barriers to entry. With fractional ownerships of tokens now a reality, opportunities to enter the market are expanding. Investors are granted access to investment opportunities that would have been traditionally impossible on the grounds of high minimum capital requirements or geographical reasons. Through an impeccable trade-matching framework, blockchain can connect wholesale and regional markets. Tokenizing shares and other financial instruments such as futures can open them up to a broader market of traders. Tokenization injects liquidity into conventionally illiquid markets. It also makes markets more equitable by lowering minimum capital requirements and providing for symmetry of market information.

Regulators are enabled real-time view of the essential documents to assist in KYC, KYB, KYT and AML enforcement activities.

‍Skepticism once surrounded blockchain’s ability to handle the expansion of company operations. However, blockchain payment and settlement systems have overtaken legacy payment processing firms such as Visa in terms of speed by thousands of transactions per second. Excessive energy consumption is no longer a cause for concern for users with the deployment of proof of stake consensus protocols.

The fact of the matter is that traditional IT systems are not built to handle the massive amount of transactional data  generated endlessly. The volume, velocity, and variety of data produced by IoT networks could overwhelm enterprise systems or severely limit the ability to trigger timely decisions against trusted data.

Rooba's threshold-based MPC restricts tracing of the primary identifier - the private key is never stored anywhere wholly.  The transactional data storage on our layer 2 blockchain is implemented with various obfuscation techniques on Decentralized public identifiers (DID) within the ambit of regulatory requirements. This removes the possibility of tracking the identity of a person in the network through transactional data.

Miners maintain the stability and security of a blockchain by exercising a conscionable majority (>51% nodal majority required to overwrite protocols). The subversion of network participants through the formation of scheming cabals would thereby compromise the chain’s immutability. Since the allegiance of blockchain participants is fostered via economic incentives, reasons for defection may supersede the monetary aspirations. Entities with personal or political agendas serve as examples of potentially hostile participants. Governments of nation-states may interfere with the system by confiscating server farms or cutting off electricity. The same may be achieved by a corporate takeover of a blockchain firm.

Rooba’s layer 1 framework stores nodes on a geographically dispersed network which mitigates reliance on impulsive human behaviour by using ample validators on the nodes, making it more difficult to overwhelm the system. The validator network necessitates comprehensive KYC / KYB / AML authentication; each validator goes through a rigorous onboarding process. This prohibits any malevolent entities from carrying out a 51% attack on the network. While this may seem centralized in nature, it is decentralized in operational aspects and regulatory compliance. Sybil’s attacks (attempts by attackers to deny block commits on a network by creating enough fake or ‘Sybil’ identies and effectively blocking other users on the blockchain) are thwarted in the same manner.

With blockchain, there are no single points of failure. Data is never compromised in case of server crashes or technological malfunctions because the ledger is simultaneously updated on numerous nodes connected using the Internet.

Users’ crypto wallets are analogous with bank accounts. Each wallet is assigned a private key for account access and a public key to receive or send money. By being their own banks, the responsibility of keeping their wallets safe falls on the users. Since loss of a private key is permanent and entails loss of account access with no possibility of recovery, it is imperative for users to choose a secure platform to custody their keys.

Rooba’s self-custody wallets alleviate risks associated with loss of keys. By using T-MPC and multisig signing techniques, the private key is sharded into multiple fragments and distributed amongst the nodes. It is re-generated only when required.

Our wallets boast interoperability and are equipped to be used on other web 3 platforms. By preserving a traditional market exchange interface, Rooba’s full stack platform is user-friendly and requires minimal training to use.

Blockchain has boundless potential implications for the global commerce ecosystem. When applied to markets and trade, it assures financial institutions huge savings in infrastructure, transaction, and administrative costs. It imparts an unparalleled level of trust and precision to the exchange process. Leaders must act post-haste to seize the opportunity presented by blockchain to either boost or maintain their market positions. Institutions run the risk of becoming obsolete should they choose to ignore this burgeoning technology.